Their first token (launching very soon) is the Universal Dollar (UPUSD), a USD backed stable-coin that allows holders to earn up to 7% annual return simply for holding the token.
https://cryptobriefing.com/in-a-flood-of-stablecoins-universal-protocol-adds-one-more/

The projects plans to release approximately 6-8 new tokens over the coming year.

What is the Universal Protocol Token?

Beginning next Thursday, March 7th, UPT can be purchased through the Universal Protocol ICO at our website. 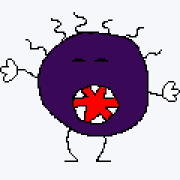